The Myth of Fiscal Conservatism 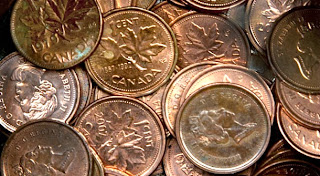 It’s also fundamentally at odds with reality. Our big-C Conservative governments are rarely if ever fiscally responsible in the sense of responsible management of public funds. Federally the record is quite clear. The fiscally conservative party is actually the Liberal party. The last two Prime Ministers who managed to balance the budget did so because they both inherited a surplus from the previous government. In both cases they were quick to squander the fiscal breathing room.

In Toronto, the poster child for fiscal conservatives – Robert Bruce Ford – has a record that is anything but fiscally sound. Yes, he eliminated the low hanging fruit of catered council meetings and trimmed office budgets; yes he cut the vehicle registration tax, but his mayoralty has been littered by financial mismanagement. His first official decree – unilaterally cancelling Transit City, something he lacked the moral and legal authority to do – has cost Toronto millions in sunk costs and potentially billions in the continued costs of gridlock and other problems associated with poor transit infrastructure. He removed bike lanes on Jarvis through hundreds of thousands of dollars down the drain.

Mayoral machinations on subways have resulted in tremendous costs associated with cancelling the Scarborough LRT, including costs associated with a storage and maintenance barn. To these must be added the costs of operation for a second stubway – contrary to the rhetoric, Ford is not ‘building subways’. He’s slightly extended an additional line – which will include moving up plans for re-signalling of the entire Bloor-Danforth line. And to pay for it, opting for to replace a longer and cheaper route that was fully paid for with a plan that delivers less for more. Oh, and he’s also raising taxes to the tune of one billion dollars.

How any of this can be considered prudent financial management is beyond me, but federal precedent doesn’t set the bar particularly high. Here the ‘sound economic managers’ in the Conservative Party cut revenue to the tune of billions while ratcheting up spending and expanding the public service wasting millions along the way on partisan advertising for the Economic Action Plan and taxpayer-billed photo-ops. Odds now favour a costly plan of tax breaks, income splitting and boutique tax credits once the federal government – no coincidence! – returns to surplus in an election year.

No doubt that will be an election year when the Harper Conservatives warn the Canadians about the dangers of ‘tax and spend’ Liberals and socialist New Democrats. Tax and spend is intended as an insult, but it rings hollow from a government that prefers ‘borrow and spend’ while bribing Canadians with their own money. How this rhetoric works is beyond me particularly as unchecked debt-financing ultimately dips into taxpayers’ pockets twice. No doubt it’s an effective electoral strategy that plays to the Conservatives long term interests. They can maintain spending on electoral goodies in a bid to gain a renewed mandate or, if ousted, bind the hands of the new government either functionally or in fact. The added burden of debt coupled with long-term commitments in military procurement – jets and ships – essentially monopolizes a fixed amount of government spending preventing the expansion of existing programs – particularly in health and social services – or the creation of new ones – day care or home care – without raising taxes.

For Conservative governments then fiscal conservatism has – paradoxically – come to mean little more than in reducing the ability of governments – particularly subsequent governments – to raise revenue coupled by attacks on the public service. Each is designed, not to put a government on sound financial footing, but to lock in (neo)conservative views of government. While critics point out correctly that the size of the government has grown under Conservative ministries, the growth tends to be in areas which conservatives consider core governmental areas: the administration of justice (which federal Conservatives can achieve a bargain on because this is largely a cost to the provinces), police and law enforcement, and the armed forces. 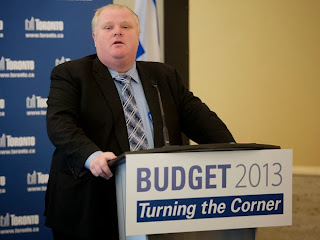 Revenue trimming is not fiscal responsibility. The mantra that governments must live within their means becomes little more than a joke particularly as ‘means’ is open to interpretation. Instead of living within their means, conservatives increasingly reduce their means and move the yardsticks while relying heavily on credit cards. It’s like quitting your lawyer job to sling burgers.

Clearly fiscal responsibility has become almost meaningless as a description of how governments behave. Spending based on taxation rates – including, if necessary, raising rates – and prudent spending is considered reckless while debt-financed tax cuts for those of means is considered sound management. This, as Conservatives prepare to roll out an electoral platform that will likely have as its core platform a promise to redistribute income in the form of income splitting and more boutique tax credits. Boutique tax credits are not tax cuts. They are revenue transfers and are government expenditures. They are, in short, a government program of wealth redistribution masquerading as a tax cut.

And now we have arrived at an actual definition for fiscal conservatism. Let’s be straight on this: the mantra “I’m a fiscal conservative” means little else apart from “I like low taxes”. There is little real concern about fiscal probity – deficits can rise as long as taxes decline – or any due consideration about the relative costs of reductions and the long-term impacts they may have.

Consider, for example, two widely reviled taxes: the GST and the Vehicle Registration Tax. Reductions in the first and the outright elimination of the second where key planks in Conservative victories federally and in Toronto. The first, reduced by 2 points, helped the Harper Conservatives into deficit before the global recession, despite near universal warnings from economists that the move would have little economic benefit – the average saving would be marginal – but substantially impact budget projections. Indeed, Harper’s Chief of Staff admitted that policy was one, not of prudent fiscal management, put of pure unadulterated politics. The scrapping of the VRT in Toronto amounted to a real savings for car drivers of five dollars a month while an increase transit prices transferred the burden to transit riders by roughly the same amount. In both cases minuscule individual savings were enough to win voters over, despite the long-term consequences.

Part of the ‘fiscal conservative’ mantra – a view shared by the supposedly disenfranchised suburban populists of Ford Nation – involves a double move that works to inflate their own contribution to the common tax pool while understating the real value (either direct or indirect) they receive from collective goods. They over-estimate their own contribution to the common tax pool while decrying the use of ‘their’ tax dollars to fund programs and infrastructure associated with so-called down town elites: bike lanes, green roofs, libraries and the arts. At the same time they minimize the value of what they get out of public services for their contribution ignoring the reality of their dependence on public infrastructure. Indeed, if these individuals were to rely on the private marketplace in order to meet the demands they place on civic infrastructure they would be catastrophically cost out of the market.

This contradictory move is at the heart of Ford Nation. It relies on a maximization of one’s perceived contribution to the public purse while attempting to minimize one’s own draw on public funds, things that are less pronounced and go unnoticed: policing, traffic control, road repairs, sewage and waste, water, snow clearing and the like. These so-called fiscal conservatives are blind to the benefits that accrue to them as a result of the collecting pooling of resources. They do not perceive of themselves as takers because “their tax dollars” may for all the services they rely on. It’s a viewpoint fundamentally at odds with reality and one that fails to understand how collective goods work. At $750 an average meter of roadway in Toronto, how far does the average denizen of Ford Nation think her could travel based on his own meager tax contribution?

At its core, the notion of fiscal conservatism is nothing but an empty space with no substance. Yet despite this the claim to being fiscally conservative continues to resonate with many, particularly those who attempt to excuse voting behaviour that classes with their otherwise asserted progressive beliefs. Proof by assertion is a powerful tool. “A lie told often enough becomes the truth” and despite the actual record Rob Ford is still considered a fiscal conservative and his federal kin labelled as strong economic managers. Those who cling to this delusion insist on higher ideals of prudent management but are really only drawn by the promise of a meager tax breaks, of something for them, no matter how small. Better in my pockets, surely, than being multiplied into something for the common good.

Those spouting this tired phrase simply paint themselves into corners, wallowing in self-made contradictions. We can call this the paradox of Ford. For over a decade Ford has ‘watched every penny’ but, in a startling reversal, backed a nearly billion dollar tax increase to pay for a three subway stops in Scarborough. Is this a contradiction? No, say his backers; quite the contrary! It simply means he’s demonstrating fiscal responsibility and living within the city’s means. Verbal gymnastics of Olympic proportions, but also a telling display of hypocrisy. Taxes are bad, unless they pay for programs or services I personally benefit from. It’s as vacuous as it is morally bankrupt and intellectually dishonest.

The idea of fiscal conservatism must be stripped bare and revealed for what it really is. It has no relation to budgetary probity and the wise use of public funds. Rather it is a rhetorical tool used to justify the selfish desire for tax cuts – regardless of the value – and provide intellectual cover for direct (or more typically indirect) regressive social policies and a more strident social conservatism. It is a tool of state retrenchment masquerading as prudent planning, of forcing governments to ‘live within their means’ while continuously reducing these means. It is a dishonest idea used by scoundrels. Sadly it is effective rhetoric. People still think Mussolini made the trains run on time.